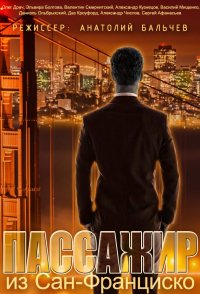 Our film portrays the precarious destiny of a former employee of the Soviet customs service. Sent into 'forced' immigration on an assignment in the 1980s, he is forgotten after the regime changes that take place in Russia in the early 1990s. Supported by neither Russian nor American governments, he is forced into a struggle against the international drug mafia. Alone, he will have to find a way out of a labyrinth of highly complex and unforeseen difficulties.