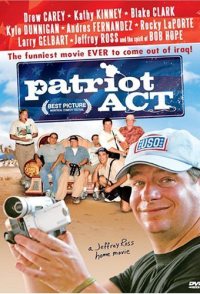 Inspired by the passing of U.S.O. perennial Bob Hope, Friars Club roast-master Jeffrey Ross takes Drew up on an invitation to join the U.S.O. in their ongoing mission - delivering punch-lines on the front lines. Having just bought a new camcorder, he travels to Iraq and captures his rare, intimate, and often times hilarious experience on camera. Armed with nothing but that camcorder and some jokes, Ross shoots his own life-changing experience as he travels alongside six other well known comics, entertaining battle weary G.I.'s stationed in some of the most remote parts of the Sunni Triangle.