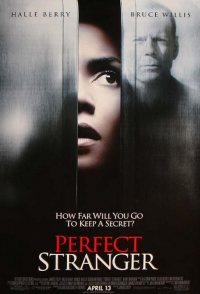 Rowena Price is a muckraking reporter for a New York paper. When her story about a closeted gay Senator who preaches family values is spiked, she quits and soon finds herself investigating the grisly murder of a childhood friend. Her friend had been dumped by ad exec Harrison Hill, so he's Rowena's prime suspect. Rowena gets a job at the ad agency as a temp, and she's soon the object of Hill's attentions. She's helped in her subterfuge by Miles Haley, a friend at the paper who has a secret thing for her. Everyone, it seems, has secrets, including Hill, who must keep his affairs from his wife - her money fuels his lifestyle. Murder will out?