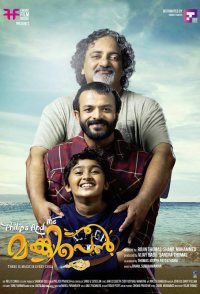 Ryan Philips (Master Sanoop) is a smart cute school boy who has one biggest problem: Maths. As he struggles to escape from doing his maths homework, he resorts to mischievous acts, little realizing the trouble he is making. As we see his relationship with his dad Roy Philip (Jayasurya) and mother Sameera (Remya Nambeeshan) and conflicts of interest we get introduced to Ryan's grandfather Richard Philip (Joy Mather) who is an antique collector. On visiting his grandfather Ryan gets a magical pen called monkey pen. This monkey pen does his maths homework and soon changes his whole life.