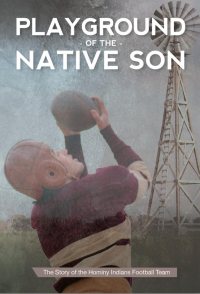 There was an All-Native American Professional Football team in Oklahoma during the 1920's and early '30's. Consisting entirely of Native blood to form a team called 'The Hominy Indians'. Twenty-two different tribes were represented, some played for one game, some for years. Founded and financed by two Osage brothers, Ira and Otto Hamilton. They had a 22 game winning streak and had the chance of a lifetime to play against the World Champions, the New York Giants, in 1927. John Levi, was their star player and then coach. Jim Thorpe called him the greatest athlete he had ever seen. What happens during the pre-game speech by the Coach to inspire this team to dig deep is a speech so motivating that it will be used in locker rooms for generations to come. This is their story.