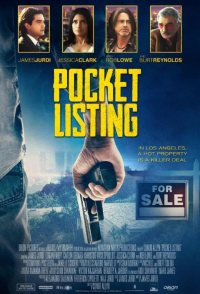 A satirical thriller about L.A.'s real estate roller coaster. Jack Woodman (James Jurdi) is a slick and hotshot Los Angeles property broker and real estate agent who appears on top of the world. But after getting greedy with a shady real estate deal, he ends up fired from a top broker firm R.E.G. by real-estate mogul Ron Glass (Burt Reynolds) and framed by Ron's menacing, drug-addled son, Aaron. As a result, Jack ends up being the owner of a rundown apartment slum building. One year later, the disgraced Jack is approached by a mysterious power player named Frank Hunter (Rob Lowe) and his sultry wife Lana (Jessica Clark) with an offer to discreetly market and sell their Malibu villa. However, more double crosses, adultery, murder, mistaken identity, crooked deals and revenge ensue as the question is always "who is scheming, using, and double crossing who?"