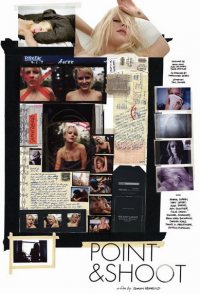 Blurring the line between fiction and reality, aspiring fashion photographer Shawn Regruto--obsessed with documenting every part of his life--assembles his personal and professional home-video footage into a feature film. Ironically, amidst this fast-paced environment of New York's nightlife scene, is the purest of love stories between Shawn and Athena, an accomplished model in her own right, who becomes the focus of Shawn's story. As the tale unfolds, the chronicle reveals the darker side of a world where young people are exposed to glamour and fortune at an early age, in ways that often lead them down a path of self-destruction. Part documentary, part autobiography, part reality TV, Shawn's film serves as a behind-the-scenes exploration of the glamorous, reckless life of Manhattan's young and beautiful, caught up in a metropolis of drugs, clubs, and fashion models.