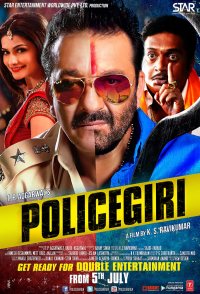 Policegiri movie is the remake of Tamil movie Sammy.Sanjay Dutt (Rudra) is playing the role of a rough neck cop with a bit of both the bad cop-good cop act which also gives comic touch in his character, whereas Prachi Desai (Sehar) will wear the image of a girl next door and is a software engineer who falls in love with Dutt and marries him.Rudra is a tough and charismatic Deputy Commissioner of police of a small town called Amalapur in Hyderabad.His mission statement is to, clean up the city of the scum of the earth and make sure that the public live in peace undisturbed.Seeing his macho looks, brave heart and honest nature, Sehar an unconventional beauty falls in love with him. But off the record, Rudra adapts a new policy of adjusting with the local goons so that he can serve the people in an effective way.Nagori Subramaniyam (Prakash Raj), is an underworld don(Kingmaker) who has the total control of Southern states, both in politics as well as Rowdyism. 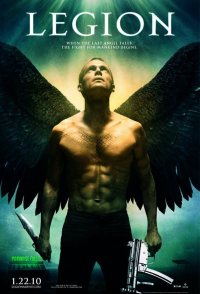