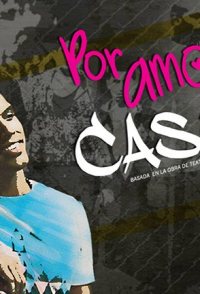 Angelo is new to the housing-project, where his cousin is the drug-lord of one of the sides, and falls for Cristal- sister of the opposite drug-lord enemy of his cousin. With opposition from both sides, they meet secretly and their love grows deeper. However, the gangs are plotting one last war, a fight that will finally determine who controls the drug territories. Will Angelo and Cristal's love pervade through the battle that threatens to destroy the people they love around them?