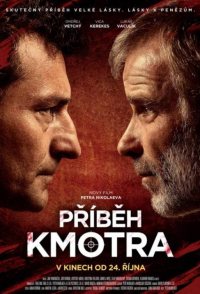 The Godfather's Story tells about the rise and fall of Vedral (Ondrej Vetchý), a person who worked his way up from dealing in digital watches to the position of a gray eminence of Czech politics. Two worlds collide in the film - the belief in the right of the stronger and smarter and the belief in justice. We follow the riveting duel between a representative of law and order and a person who changes the rules to suit himself. Police Inspector Cajthaml (Lukás Vaculík) has dedicated his life to trailing the Godfather and he never lost his faith in the victory of justice.