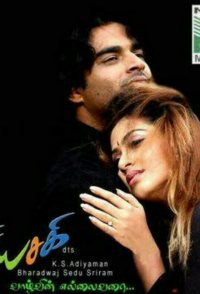 Santhana Krishan (Madhavan), also known as Sakhi works in an automobile company and lives in a joint family. He comes across a model named Priya and the two fall in love with each other. Eventually the get married. Here begins the story. Unlike that of Sakhi's family, Priya's family is 'cosmopolitan' and too outgoing. Her mother(Aishwarya), is a party going socialite, while her father(Pratap K. Pothen) restricts himself to his house and doesn't bother to have a social life of his own. Priya always goes out partying and doesn't spend much time with her family. Brought up in such a situation, Priya finds it hard to adjust to the family of Sakhi because his family doesn't like all this going out and partying stuff. They prefer to stay home and mix with family. Sakhi tries to make her wife understand the realities of life and the importance of family.