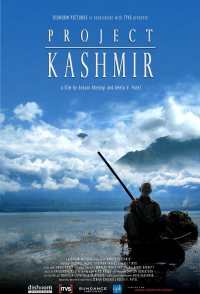 From directors Senain Kheshgi and Geeta V. Patel comes PROJECT KASHMIR--a feature documentary in which the directors, two American friends from opposite sides of the divide, investigate the war in Kashmir and find their friendship tested over deeply rooted political, cultural and religious biases they never had to face in the U.S. PROJECT KASHMIR explores war between countries and war within oneself by delving into the fraught lives of young people caught in the social/political conflict of one of the most beautiful, and most deadly, places on earth--Kashmir. Beautifully lensed by Academy Award® winner, Ross Kauffman, the film captures the stunning beauty of Kashmir, while expertly interweaving deeply moving personal stories of Kashmiris with those of the two American women, who strive to reconcile their ethnic and religious heritage with the violence that haunts their homeland.