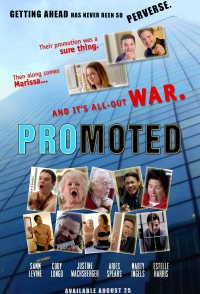 Jacob and his best friend Alex thought they were on their way to earning one of LA's most highly celebrated advertising accounts. That is, until the villainous and manipulative Marissa enters the picture, doing everything in her power to win the promotion for herself, while seducing Jacob into a romantic relationship. Then, enter into the equation a horny lesbian receptionist, a mentally challenged building custodian, a crazy Chinese boss, Jacob's demented grandmother and sexually perverted grandfather, a gay gangsta rapper, and an assortment of other wacky characters. All chaos ensues, as Jacob must somehow come up with a way to save his career, salvage his friendship, and figure out who his true loyalties lie towards in the love department.