Purgatorio: A Journey Into the Heart of the Border ratings (Movie, 2013) 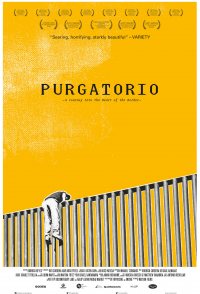 Reyes' provocative essay film re-imagines the Mexico/U.S. border as a mythical place comparable to Dante's purgatory. Leaving politics aside, he takes a fresh look at the brutal beauty of the border and the people caught in its spell. By capturing a stunning mosaic of compelling characters and broken landscapes that live on the US/Mexico border, the filmmaker reflects on the flaws of human nature and the powerful absurdities of the modern world. An unusual border film, in the auteur tradition of camera-stylo, Purgatorio ultimately becomes a fable of humanity, an epic and visceral experience with powerful and lingering images.

Where to Invade Next
Total votes: 23,210
Average rating: 7.5
Switch to mobile version