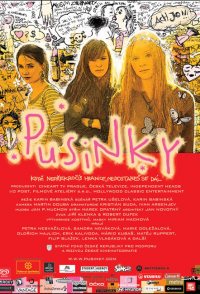 Iska, Karolína, and Vendula are eighteen-year-old girls who have just graduated from high school. Not wanting to let go of their carefree student lives or their friendship, they plan to hitchhike to Holland, where they've arranged to work on a farm for three months. But Vojta, Iska's little brother and her father's right hand man, joins the trio against their will. He becomes a witness as well as a catalyst for the breakup of their friendship - for the girls recognize that time cannot be stopped. Dolls is a story about searching for love and finding oneself in the volatile time of late adolescence.