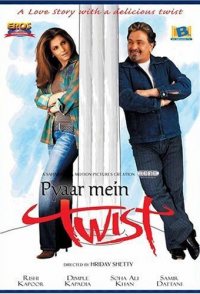 She was a super mom-in-law, a super bhabhi, a super businesswoman. She could manage her family. She could manage her business. Till she met Yash Khurana (Rishi Kapoor) and then she could not manage her heart. He was the best dad, the best boss, the best friend, the best tycoon. He could control destinies, he could control industries. Till he met Sheetal Arya (Dimple Kapadia) and then he had no control over his heart. Their families could not understand, they were worried, they were angry. But for Sheetal and Yash age was no bar...For them it was only love...bar...bar