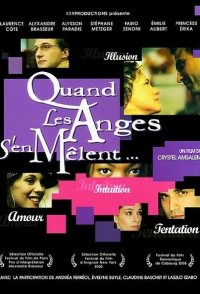 Esther (Laurence Côte) is a want-to-be author, trying to get her first novel published . She is about to get married to David (Alexandre Brasseur), a young doctor. She feels quite unconfortable between her mom harassing her with the wedding preparation, her sister urging her to think twice before, her fiancé who falls for her best friend and a clairvoyant who tells her she will meet another man pretty soon. When she runs into Adam, a childhood friend, something clicks in her. She decides to reinvent her life. It is now time for her to make a real choice