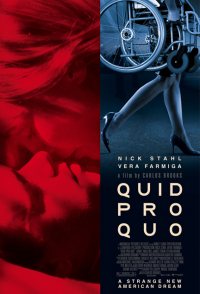 Isaac Knott is a public radio reporter in New York, in a wheelchair since an auto accident in which his parents died. He's on the rebound from a relationship when he gets a tip about people who want to be disabled, who offer money to interns to cut off a limb. He searches out a group of these wannabes, but none will talk to him. Then he meets his tipster, Fiona Ankany, an art conservator, attractive and attracted to him. She discloses her desire to be disabled, to be in a wheelchair. Meanwhile, Isaac tries on a pair of wing-tips, spectators, that restore feeling to his feet. What are the connections? What's Fiona's quid pro quo? Will Isaac get his story?