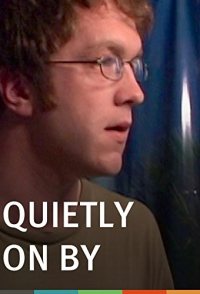 Two months ago, his girlfriend left him. One month ago, he lost both of his jobs after a nervous breakdown. He can't work in his mom's flower shop because he's allergic to pollen and paperwork. Single, lonely, and jobless, Aaron expends his time and energy nurturing a long standing crush on his best friend Sara. Meanwhile, his other best friend, Erik, sells pot to his kid sister Erin (behind his back, naturally). If he manages to get out of bed, Aaron may mow the lawn, or he may reconstruct Stonehenge with a set of encyclopedias. To avoid embarrassing himself, he makes sure to rehearse all of his conversations in advance. Aaron sees something approaching on the horizon. Whether it's his future or his doom, apparently it drives a white SUV.