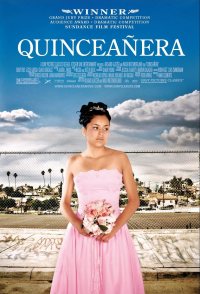 Magdalena is 14 and anxiously awaiting her 15th birthday where she'll celebrate her quinceañera. Her world starts to crumble when she discovers her pregnancy after not being able to fit in her gown for her quinceañera. Soon, she's kicked out of her home, abandoned by her family, and abandoned by her baby's father. Magdalena is then taken in by her great-granduncle, Tomas and her gay, often-in-trouble cousin, Carlos. There she finds a new family and life.