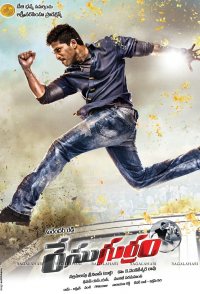 Ram (Shaam) and Lakshman a.k.a Lucky (Allu Arjun) are brothers. Ram is a sincere guy who grows up to become an honest cop. Lucky is a happy-go-lucky guy who enjoys life. Ram and Lucky have a tom and jerry kind of fight going on. Siva Reddy (Ravi Kishan) is a factionist who wants to become a politician. Ram gathers evidence against Siva Reddy and Lucky unintentionally intercepts them. The rest of the story is all about the race between Lucky and Siva Reddy.