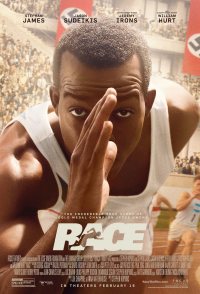 In the 1930s, Jesse Owens is a young man who is the first in his family to go to college. Going to Ohio State to train under its track and field coach, Larry Snyder, the young African American athlete quickly impresses with his tremendous potential that suggests Olympic material. However, as Owens struggles both with the obligations of his life and the virulent racism against him, the question of whether America would compete at all at the 1936 Olympics in Nazi Germany is being debated vigorously. When the American envoy finds a compromise persuasive with the Third Reich to avert a boycott, Owens has his own moral struggle about going. Upon resolving that issue, Owens and his coach travel to Berlin to participate in a competition that would mark Owens as the greatest of America's Olympians even as the German film director, Leni Riefenstahl, locks horns with her country's Propaganda Minister, Josef Goebbels, to film the politically embarrassing fact for posterity.