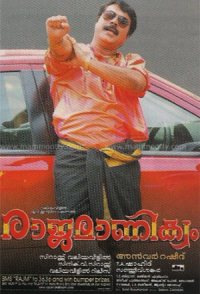 Set in a village near the Tamil Nadu-Kerala border, Bellary Raja is a successful cattle dealer. Bellary Raja or Rajamanikyam who is blind in one eye after an unfortunate incident has a fixation with sunglasses. Bellary Raja was disowned by his mother while he was young boy so that she could marry the wealthy man Raja Rathnam Pillai. Years later, Raja Rathnam's two grown up children fight tooth and nail for their father's wealth. Bellary Raja returns and takes it upon himself to bring some sense and unite his siblings who see him as their common enemy.