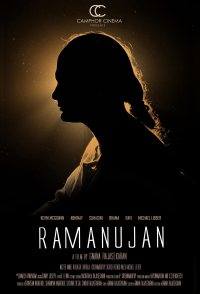 'Ramanujan' is a historical biopic set in early 20th century British India and England, and revolves around the life and times of the mathematical prodigy, Srinivasa Ramanujan. Directed by the award-winning filmmaker Gnana Rajasekaran and with an international cast and crew, 'Ramanujan' is a cross-border venture. Considered one of the most romantic stories in the history of mathematics, Ramanujan, a college dropout from a poor family in South India, made extraordinary mathematical discoveries in isolation. He wrote a strange letter filled with theorems and formulas to Prof. Hardy of Trinity College, Cambridge, who immediately identified his genius and invited him to England to conduct further research. 'Ramanujan' chronicles the genius' journey across continents and cultures in search of recognition.