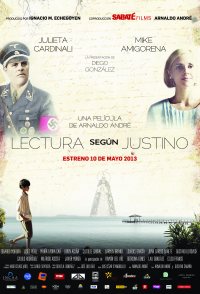 Year 1955. Stroessner's dictatorship starts in Paraguay. In San Bernardino, a village founded by German settlers along Ypacarai lake, a few people live away from the world. Justino, after his father's death, works as a postman to support his family and also attends a German school, where he will complete his primary education. Without knowing it, he will get involved into the relationship of his German teacher and a mysterious character: one of the Nazi refugees in the country. However, everything begins to change after a crime that thrills the town. It suddenly seems to wake up from the slumber. Apparently, usual calm returns. Nevertheless, nothing is the same anymore for Justino. A high school and a life full of dreams mark his destination, outside of that world and with a promising future.