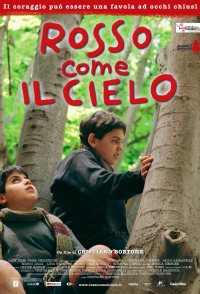 The film is inspired by the true story of Mirco Mencacci, one of the most gifted Italian sound editors working today, who happens to be blind. A small village in Tuscany, 1971. Mirco is a bright, lively 10-year-old, crazy about the movies - especially Westerns and adventure films. His father, an incurable idealist, is a truck driver. One day, while Mirco is playing with an old rifle, the gun accidentally goes off; the boy is shot in the head. He survives, but loses his sight. At that time, Italian law considered blind people hopelessly handicapped, and did not permit them to attend public school. Hence, young Mirco's parents are forced to shut their son up in a "special school for the blind": the David Chiossone Institute in Genoa. In the beginning Mirco does not accept his new condition. But he is feisty and determined. When he finds an old tape recorder and a few used reels and discovers that by cutting and splicing tape he can create little fairy tales made only of sounds, a ...