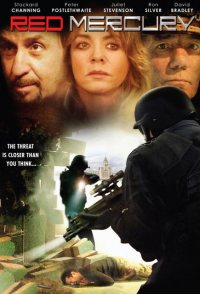 Three young Muslim men, part of a terror cell, are making a bomb in a London flat, when they get a call to vacate immediately with their gear. The police have been alerted and they are under suspicion. Asif, Shahid and Mushtaq grab suitcases, the computer, and a cardboard box containing bomb making equipment and bolt out the door. Shahid's getaway car is clamped so the three are forced to escape on foot from the pursuing police. Cornered, they dive into a restaurant on a busy city street. It is the Olympus Grill and dinner is being served to its well-heeled clientele. With the police outside, Asif, Shahid and Mushtaq have nowhere to go. Mushtaq, thinking quickly, declares that they will hold the restaurant goers hostage. The diners are forced to get up from their tables where they have been enjoying the delicious Greek cuisine. They are lined up against a wall. Electra, the young waitress, is also forced to stand in line. Her mother, who is the restaurant owner, comes out from the ...