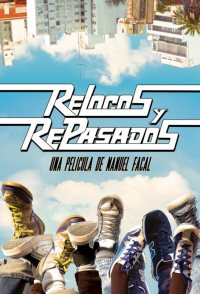 Andres and Elias get together one evening for their last summer joint. On his way home, Elias finds a hidden case containing 5 different types of drugs. The next morning, Elias calls Andres to catch up on his discovery. He tells him he wants to gather round with some friends to perform an experiment: each should take a different drug and see what happens. The experiment takes a sudden turn when Andres girlfriend calls him to say her grandma has died.