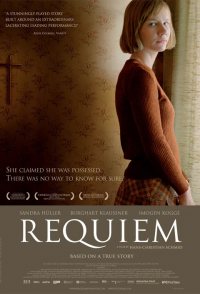 It is the 70's, and in the German countryside the epileptic Michaela Klingler joins the pedagogy course at the University against the will of her pious mother, Marianne. However her father Karl Klingler rents her a room in the sorority house and Michaela travels to Tübingen. As the semester progresses, Michaela befriends her former high school friend, Hanna Imhof, who forces her to seek medical help. When Michaela has a crisis, she stops taking her medication and believes she is possessed by demons, and her health gets worse. She decides to seek out a priest, Martin Borchert, who believes in exorcism whereas the progressive parochial priest Gerhard Landauer tries to convince her to go to a psychologist.