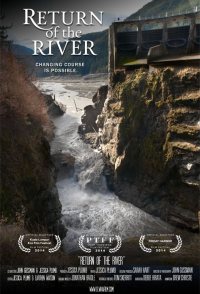 'Return of the River' tells the story the largest dam removal in history, currently unfolding on the Elwha River in Washington State. The film explores an extraordinary community effort to set the river free, and shows an unlikely victory for environmental justice. Told by an ensemble cast of characters, 'Return of the River' offers hope amid grim environmental news, chronicling a dramatic success story that has drawn international attention to the Olympic Peninsula.