Return to the Land of Wonders ratings (Movie, 2004) 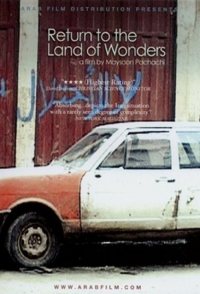 Soon after the 2003 Iraq war, filmmaker Maysoon Pachachi returns to Baghdad after 35 years. She accompanies her father, 80-year Adnan who has returned to head a committee drafting a temporary constitution and Bill of Rights. We follow this tortuous process, with its arguments over wording changes demanded by Washington or compromises to satisfy sectarian interests. Moving between the political sphere and everyday life on the streets, this film offers a unique glimpse into the resilience of Iraqis as they struggle to sustain their lives and to fight off a sense of despair and defeat.