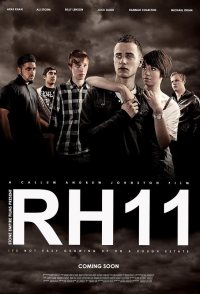 Callum Andrew Johnston's debut feature which he made at the age of 17, explores the story of 5 friends enduring teenage life after their best friend is fatally stabbed. The story focuses on the leader of the group Tommy King (Jack Gadd), who is torn between trying to focus on life after losing his best friend or getting revenge on the boy who killed him. A story which explores karma, and the consequences that may come if you take it into your own hands.