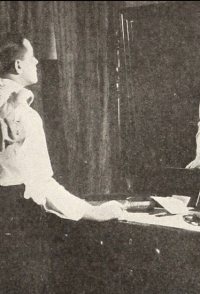 Betty Wynne is forced to work as a maid in a boarding-house after her mother's death., there she falls in love with one of the residents, Bayard Varick. Another of the lodgers, old Henry Mapleson, so admires Betty's sunny disposition that, in order to promote her well-being, he forges a document suggesting that she is the long-lost granddaughter of millionaire John K. Beeston. The insensitive old businessman, whom nobody loves, softens under Betty's influence and soon comes to love her dearly. Bayard, however, believing that Beeston ruined his father in a business deal years earlier, refuses to visit Betty in the rich man's house. Imagining that Bayard no longer loves her, Betty agrees to Beeston's wish that she marry her cousin, but when Bayard learns of Mapleson's forgery, he hurries to Beeston's estate to claim his sweetheart. The old man is reluctant to give her up but finally relents when he discovers that Bayard is his long-lost grandson.