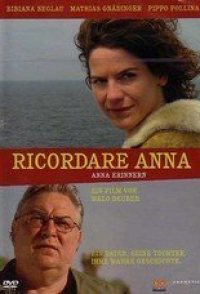 A love tragedy. A father in search of forgiveness revisits places, emotions and mistakes from the past and in the process finds meaning and deliverance from paralysing rigidity. Instead of constantly focusing on his daughter's death, he finally gets in touch with her life. Viktor Looser (Matthias Gnädinger) has been living in the past for a decade. He cannot get over the death of his daughter Anna (Bibiana Beglau) and her two children. When the past confronts him in the present, the years of bitterness suddenly appear in a different light. In severely deteriorated health, Viktor Looser decides to take one more, and a very different, look at the past. He sets off to the place which once upon a time had so profound an effect on his daughter: Sicily. It was there Anna felt drawn to in the mid 1980s after completing her degree in Italian. The spirited 26-year-old student left behind her involvement in the militant youth rebellion of the eighties in Zurich, and to her father's horror ...