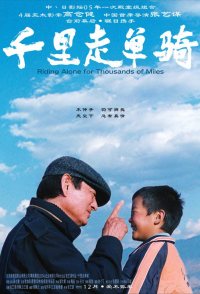 In a village of fishermen in Japan, Takata misses his son Kenichi, to whom he has been estranged for many years. When his daughter-in-law Rie tells him that Kenichi is sick in the hospital, she suggests Takata to come to Tokyo to visit his son in the hospital where he would have the chance to retie the relationship. However, Kenichi refuses to receive his father in his room, and Rie gives a videotape to Takata to know about the work of his son. Once at home, Takata sees a documentary in the remote village Lijiang, in the province of Younnan, about the passion of Kenichi, the Chinese opera, where the lead singer Li Jiamin promises to sing an important folk opera on the next year. When Rie calls Takata to tell that her husband has a terminal liver cancer, Takata decides to travel to Lijiang to shoot Li Jiamin singing the opera to give to Kenichi.