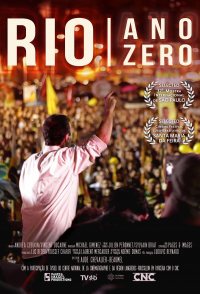 Followed by personal armed security guards, Marcelo Freixo has walked all the streets of Rio de Janeiro. This candidate is not the favorite of the municipal elections but even so he seems to foreshadow a problem for many people in Brazilian society. In Brazil, the corruption continues to grow despite the development in course. In expectation of the 2014 World Cup and the 2016 Olympics, Freixo continues to denounce and reveal what a lot of people would like to hush up. In just one year, he received 77 death threats. While following the electoral process in Rio, we will show the tension created during this decisive moment in the Brazilian civil society that also gave a lot of hope and created political engagement among the youth.