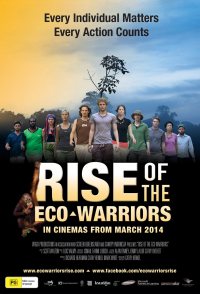 A group of passionate and naïve young people leave their known worlds behind to spend 100 days in the jungles of Borneo. Their mission is to confront one of the great global challenges of our time, saving rainforests and giving hope to endangered orangutans. Their task is enormous and the odds are against them. Jojo, an orphaned baby orangutan, is entrusted in their care and they must find a way to return her to her forest home. To do this, they need to build an orangutan rehabilitation centre and find ways to help the local communities protect their forest. Under the guidance of their mentor Dr Willie Smits, they introduce an innovative satellite monitoring system called Earthwatchers and enlist the help of school students around the world. The system is put to the test when the bulldozers move in and threaten the future of a nearby community living in a traditional longhouse. This is a story about what it takes it be an eco-warrior, an individual willing to step up and take action ...