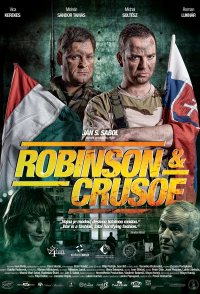 An art film brings a strongly actual topic in a very original way, a topic that interferes with the theme of intercultural dialog of two different cultures in the European context. two men, pilots of combat air crafts, meet on a 'film' island. Between them too, the language problem presents a communication barrier. Enemies in the sky. On the ground? A Slovak and a Hungarian - two different people, different countries, different problems, but in the lives of both there is She - the woman. For her their lives are turned upside down. They do not understand what was obvious so far and they face the decision which way to turn to.