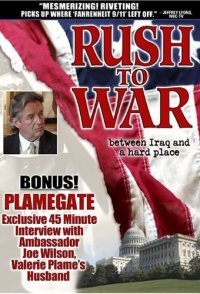 In today's post-9/11 world, director Robert Taicher searches for the rationale behind the war in Iraq, exploring the failed policies of several administrations in an expertly crafted full-length documentary. What he presents is a raw, provocative look into America's "War on Terror" and its effect on our society, our credibility, and most importantly, our security. As America fights the wrong war at the wrong time, comes a riveting eye-opener. The right film at the right time.