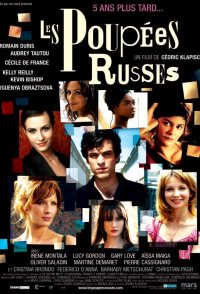 Xavier is now thirty. No longer a student, he is not yet a well-balanced, fulfilled adult either. His career is unsatisfying: Far from being the renowned novelist he aimed to be he must be content with little jobs such as reporter or ghost writer. His greatest "achievement" in "literature" is his collaboration to the script of a corny TV soap! His sentimental life is not much better, rhythmed by one night stands and unfinished romances. It looks as if when he seduces a woman beautiful outside and inside such as Kassia or Wendy he can't keep them. Will he ever bring his life into focus?