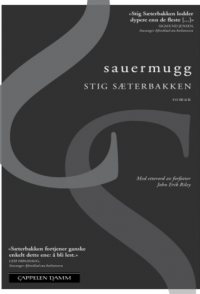 In 1998, the Norwegian author, Stig Saeterbakken decided to write a novel in one week. Neighbor and director Morten Hovland was allowed to film the project, which became not just about the act of writing the novel Sauermugg, but also involves the authors thoughts on philosophy, literature, art and life in general. Stig Saeterbakken died on January 25Th 2012, and as such this film serves as a rare portrait of one of the most assured and uncompromising voices of contemporary Norwegian literature.