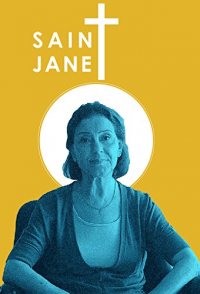 Saint Janet is a quirky drama about a family that struggles with what to do when the mother, Janet, becomes convinced that she's spoken to God. Janet believes she's been given the power to heal through her touch, and she's determined to devote everything she has -- including all of her money - - to this pursuit. At the heart of the film is a provocative question: what if someone close to you started believing something utterly outlandish, yet believing it made them happier than they'd ever been? Janet's grown children are faced with this question, and they wrestle with how to react. The film draws inspiration from a fascinating American phenomenon: the surprising number of purported faith healers. Faith healers have gone mainstream, even appearing on Dr. Oz and Oprah's talk shows. A 2001 Gallup poll found that 54% of adult Americans of all religions believed in spiritual healing. The psychology of this makes a lot of sense: when faced with the uncertainty of illness, it's natural to ...