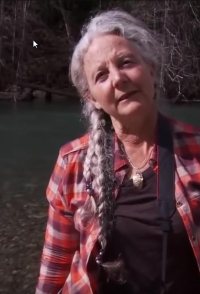 Salmon Confidential portrays the government cover-up of what is killing BC's wild salmon. When biologist Alexandra Morton discovers salmon in BC are testing positive for dangerous European viruses, a chain of events is is set off by government to suppress these findings. Tracking viruses, Morton moves from courtrooms into British Columbia's most remote rivers, Vancouver grocery stores and sushi restaurants. The film documents Morton's journey as she attempts to overcome government and industry roadblocks thrown in her path and works to bring critical information to the public in time to save BC's wild salmon. The film provides surprising insight into the workings of government agencies, and rare footage of bureaucrats tasked with managing the safety of our fish and food supply.