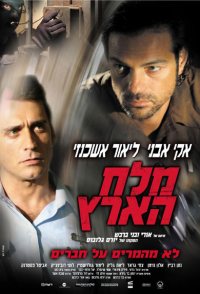 They were four friends in heart & soul. Blood Brothers that were that were bound together by their army experience. They were good people & decent citizens. They had love, careers, hopes, a future - but they wanted more. They wanted to commit the perfect crime. They thought that if they will plan things out completely and won't leave anything to the chance, as they learned in the army, things would go smooth. They considered everything, anticipating every step that can go wrong and planning down to the minutest of details - assuming that the outcome will be as planned. But the reality is something totally different from what optimistic people want it to be; The reality always surprises those who try to engineer it. Salt Of The Earth - At times behind common sense hides insanity. Inside the power - weakness is gazing. In the heart of the courage - fear is gnawing. Behind the friendship lies betrayal.