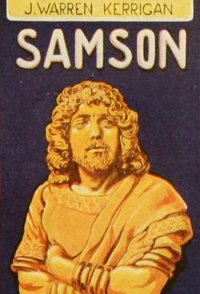 Manoah and his wife mourn deeply because both have passed the middle age mark and yet they are childless. As they become older their sorrow increases until one day the old wife calls upon the Lord and prays that they may have a child to gladden their declining years. An angel appears in answer to her prayer and prophecies that she shall have a son but that his hair must never be cut. The angel also declares that the son shall begin to deliver Israel out of the hands of the Philistines. In due time Manoah's wife has a son and she names him Samson. He grows to manhood and his extraordinary strength is the marvel of his parents and the community. When he has attained a man's estate he goes to Timmath and there he meets and learns to love Zorah, the beautiful daughter of a Philistine. Samson overcomes his father's objections to his marrying a Philistine maiden, and he conducts his parents to Timmath that they may see his bride. While they are nearing the Vineyard of Timmath a young lion ... 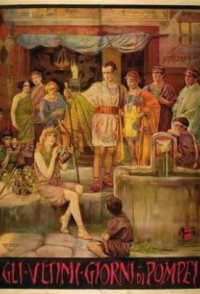 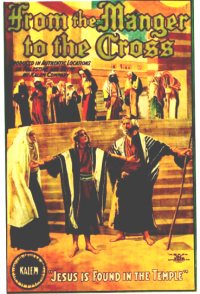 From the Manger to the Cross; or, Jesus of Nazareth
Total votes: 482
Average rating: 5.7
Switch to mobile version