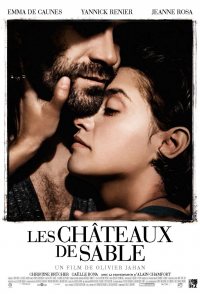 Eleanor, thirties, has just lost her father. He bequeathed his house in Brittany in the Cotes d'Armor. She is a photographer, has had some success but business no longer work as before. It is imperative to sell the house. She goes there with Samuel, her former companion which she left some time ago, because she does not feel to go alone and she has not returned since the death of her father. But she is playing with fire - because she knows that their relationship did not exactly appeased, even if it was for some adventures and Samuel lives with Laura. Claire Andrieux, the real estate agent, was busy organizing visits during the two days Samuel and Eleanor will stay in the house. It's a funny weekend that these three are about to spend.A surprising weekend full of surprises, emotions, tensions, memories and shouting matches in melancholy and absurd moments that leave the couple necessarily changed.