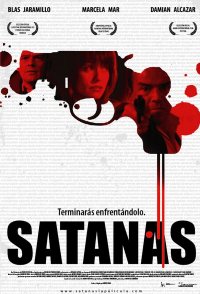 Three parallel stories that occur in the eve of the infamous Pozzetto Massacre, involving a femme-fatal that cons on rich men, a priest who's in love with his housekeeper and a tired-of-life veteran of war who has become a teacher and desires one of his female students. Three characters looking for love, redemption and second chances in a world reigned by their own fears, temptations, passions and pains, which will end up in a trigger effect of tragic events.