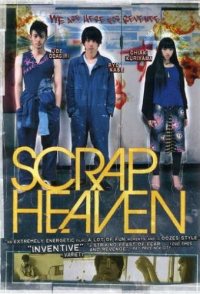 A cop, a sanitation worker and a pharmacist intersect on a late bus ride that's hijacked by a suicidal political flunky. Shingo is a miserable young desk cop bucking for homicide division. Tetsu is a restroom cleaning attendant who has a mentally ill father and a penchant for mischief. And Saki is a petulant druggist/chemist who was born with one eye and keeps her disfigurement hidden behind shades. Months after the hijacking, the trio reintertwine as they playfully seek revenge for their unhappy lives, until the games become deadly serious.