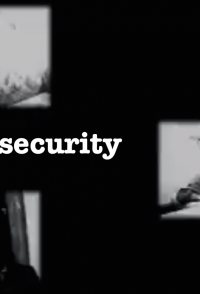 "We're taking back 9/11 with a flashy, forceful feature that surveys safety in a time of orange alerts. SECURITY began with an unforeseen death on the streets of Berkeley that provoked dismay in a band of student actors. Activated by this unexpected turn, the actors looked inward and moved outward, improvising interlaced stories that examine vulnerability in dangerous time." - Steve Seid, PFA [Direct Action World Cinema sponsored by the Pacific Film Archive in Berkeley, California.]