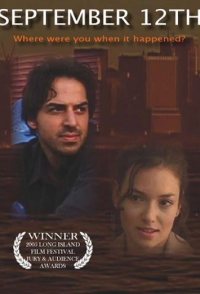 A family remembers Lori Riga, a victim of the tragedy. Her fiancé Rick reveres her, but Lori's younger brother, Frank, has a very different recollection of the girl. That night, their opposing views violently collide. What is the truth about Lori? And who is the mysterious lawyer who interrupts her memorial service? The first narrative feature dealing directly with 9/11, SEPTEMBER 12TH is a surprising take on the tragedy that changed our world. Ultimately, this award-winning film is a moving story of humanity and hope.